In the Kitchen with Henry

Last Sunday afternoon, I was cooking with grandson, Henry, while his brother was getting a trumpet lesson from grandpa.  He arrived with his knife case in hand and was eager to have some instruction on making a quick Soba Noodle Bowl recipe that includes many of his favorite Asian flavors.  We began by making the broth using commercial chicken and beef stock, adding flavor bombs like a whole head of garlic, onions, fresh ginger, dried shiitake mushrooms, chili pepper and kombu, a type of dried seaweed that is added at the end and allowed to steep for 30 minutes (think Umami).  After it simmered and the broth was strained of all the solids we added additional flavor bombs of soy sauce, toasted sesame oil and rice vinegar and fresh lime. “The taste is amazing,” remarked Henry.   Enough said I guess. 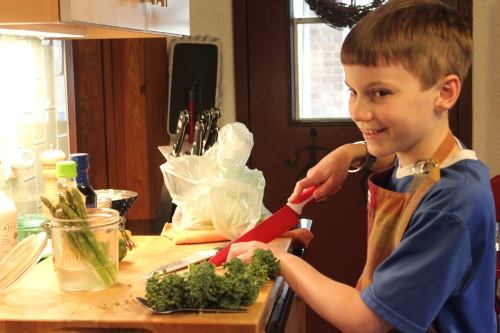 This brings me to the soba noodles.  Neither of the boys had ever had them before but really enjoyed their somewhat nutty taste.  If you are also unfamiliar with them, soba (SOH-buh) is a Japanese noodle made from buckwheat and wheat flour, which gives it a light brown color and a distinct flavor.  They are readily available in Asian markets and in the ethnic sections of many grocery stores.  If desired, you could substitute other noodles such as udon, rice noodles or even thin spaghetti for this recipe.  The same goes for the toppings.  I wasn’t really sure what the boys preferences were so I let Henry know what was available and he chose the ones he liked, which just happened to be all of them.  We just spread them out and allowed everyone to build their own bowl.  Henry agreed with me that this would make a fun interactive party dish.

When it was all prepared and ready to go, we called in the musicians and went at it.  A big success, it went down like this.

1 head garlic, cut in half

1 Thai or other chili, optional

1 1/2 lbs. of steak, such as flank or skirt cooked and sliced thin

This is a shortened version of the stock but a good rich broth is essential for this dish. Make sure you have seasoned it well.  The broth is the star with the other ingredients being the supporting cast.

You can use any seasonal vegetables you wish so be creative.  Blanching the vegetables makes them a vibrant color and just slightly more palatable than raw.  The soft cooked egg is traditional but of you like it with a harder yolk, cook it a few minutes longer.  If you would rather have chicken than beef, swap out the beef stock and steak for chicken. 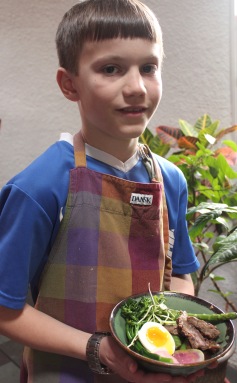 Kitchen time with Henry is always a treat as he is an open eager learner who is very observant and gifted with an artist’s eye and passion.  Lucky me.  Love was abundant as a bit of cooking wisdom was passed to another generation along with music knowledge from Grandpa.  These are cherished moments I want to share, knowing they will pass much quicker than we can imagine. 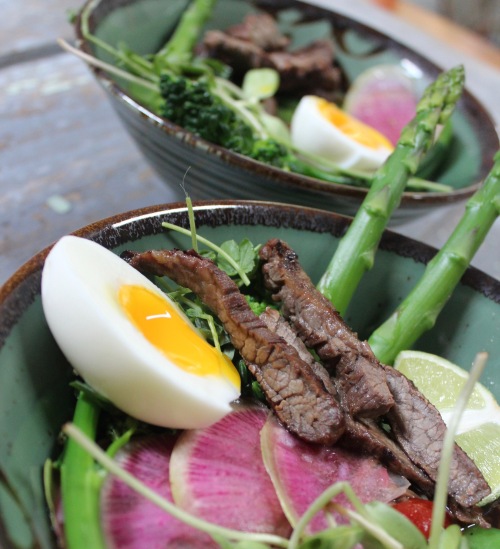 Before saying goodby, I want take a moment to honor my mother, Annabelle Raffetto, and my grandmother, Jenny Raffetto, who were most influential in my life and development and who first taught me the importance of spreading the love, one dish at a time.  Thank you both for all the priceless gifts.  Happy Mother’s Day to all the moms out there.  I hope you are feeling the love today and everyday.  Until next time, Jeanne 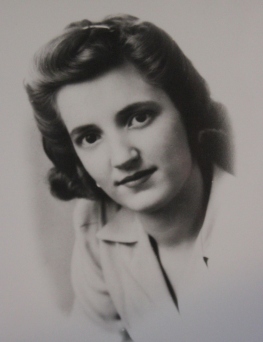 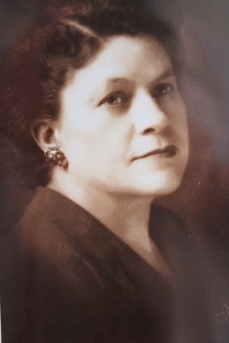